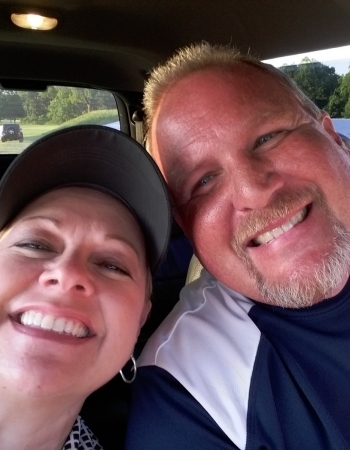 Robert accepted Jesus as His Lord and Savior in March 1972, during a revival service at Lebanon Baptist Church in Falkville, Alabama. God called Him into the pastoral ministry in 1978. For sixteen years, he attempted to convince God that he could serve Him better in other ways.

But on February 20, 1994, he accepted God’s call into pastoral ministry. Since then he has served as Pastor in Alabama and Tennessee churches. In January 2005, he moved to Illinois to serve as Pastor of First Baptist Church of Vandalia, Illinois, which merged with Temple Baptist Church to become Unity Baptist Church in January 2015.

Robert has a wonderful wife, Michelle, whom he married on September 2, 1989. They were blessed with their only son, Nathaniel, on September 12, 2000.

Robert enjoys ministering to not only with our church but the community as a whole. He enjoys reading, lawn mowing, and golf. The verse he seeks to live my life by is Philippians 2:5-11.